Atari Combat: Tanks Fury takes the wildly popular match-3 puzzle experience and adds a twist with RPG progression systems and strategic military-themed elements, offering a fun and thrilling experience. Players control the action by matching three pieces to fire at enemy combatants — strategically building up their own armies by collecting tanks, ammunition, and upgrades that are based on authentic military equipment, each with special and unique abilities.

As the first tank-themed match-3 RPG, Atari Combat: Tank Fury provides gamers with a unique way of experiencing combat and military history in a high-quality 3D-animated environment. Players are given a wide variety of equipment to collect, level up, and customize — which they can use to fight against the AI or other players online.

“The match-3 genre is one of the most popular in the mobile gaming industry, and Atari Combat: Tank Fury offers something new to traditional genre fans, while also appealing to those interested in playing more realistic, military-themed puzzle RPGs on mobile devices,” added Jean-Marcel Nicolai, COO of Atari. 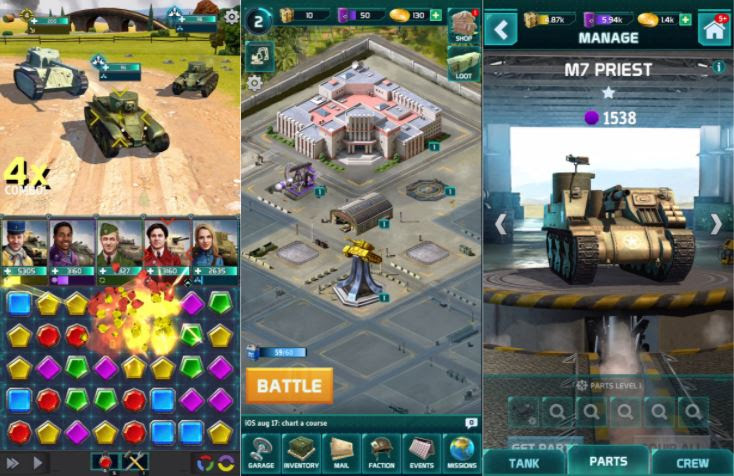 Embrace the Supernatural as the Monogatari Series Arrives to Puzzle & Dragons!

‘Harvest Moon: One World’ is Available Now on Nintendo Switch