The Intrepid team has published the playtest schedule which you can view below. The team is expecting to roll out the first test in December, under NDA, with the first No-NDA test to take place in March 2021. 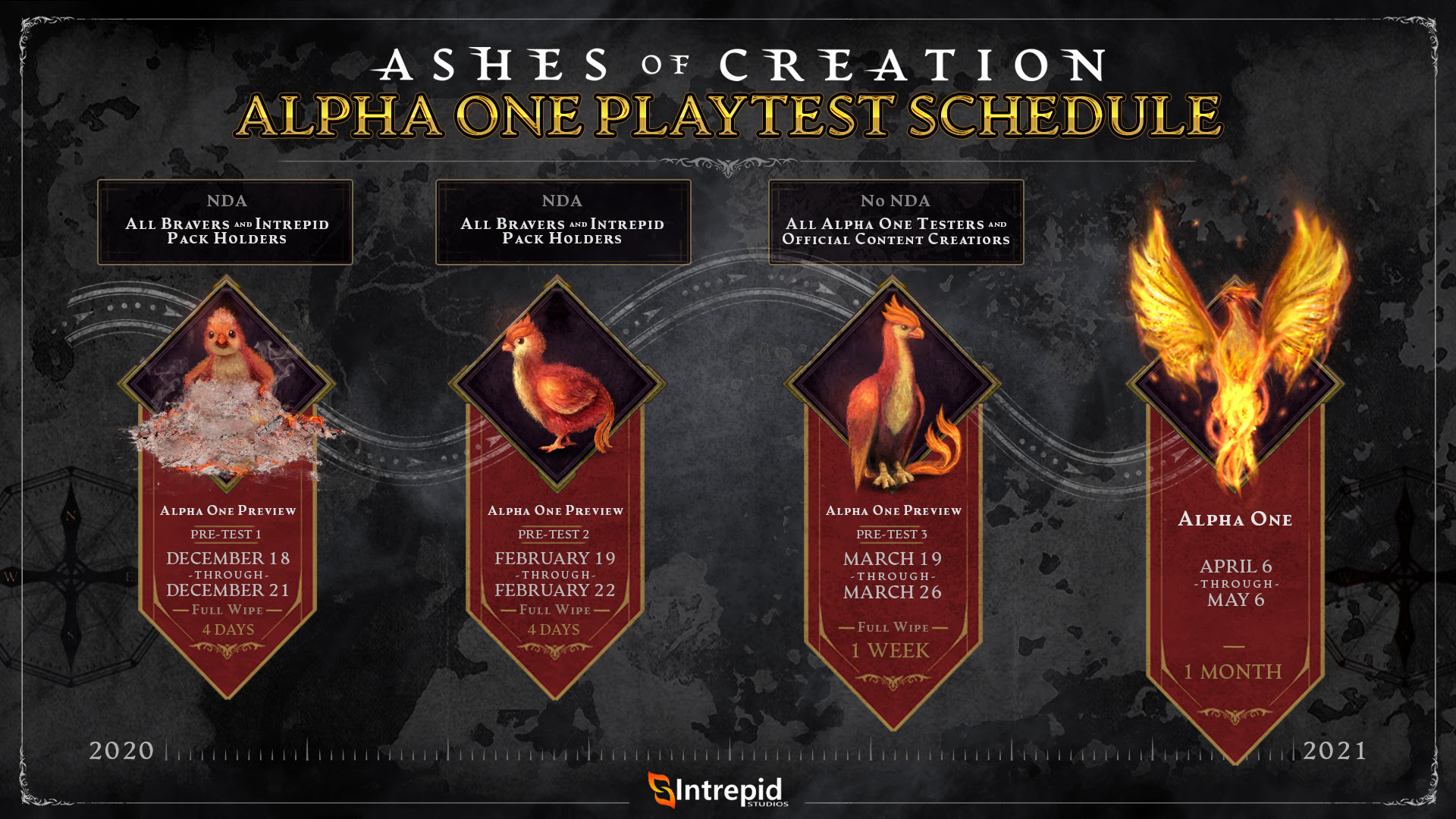 The letter provides details about who is included in each phase of Alpha One, how they will be informed about participation, and what the focus for each testing opportunity will be.

Lastly, readers will get a sneak peek into the future of Ashes of Creation, so this quarter’s letter is definitely something special!

About Ashes of Creation
Set in a fallen fantasy world untouched by civilization for thousands of years our players will rebuild, repopulate, and rediscover this uncharted realm. Our world is ever-changing with ruins, beasts, and cities that rise and fall. Weaved into a progressive character system where players hold all the power, the fates of creation are yours to command.