1C Entertainment and Snowhound Games announce their new DLC for the award-winning turn-based RPG Deep Sky Derelicts, Station Life is coming on Steam, GOG and other digital stores. Station Life is priced at $6.99 / €6.99 (price varies by region) and will be available on December 12 at 10am Pacific Time. Station Life is the second expansion to Deep Sky Derelicts focusing on turning the station, your scavenger home and safe haven, into a more lively and versatile hub of scavenging operation. The overhauled station introduces new possibilities to further upgrade and customize your crew, challenging encounters and timed events that involve other station dwellers, and high-profile bounty contracts to pursue during derelict raids, as well as a new character class. 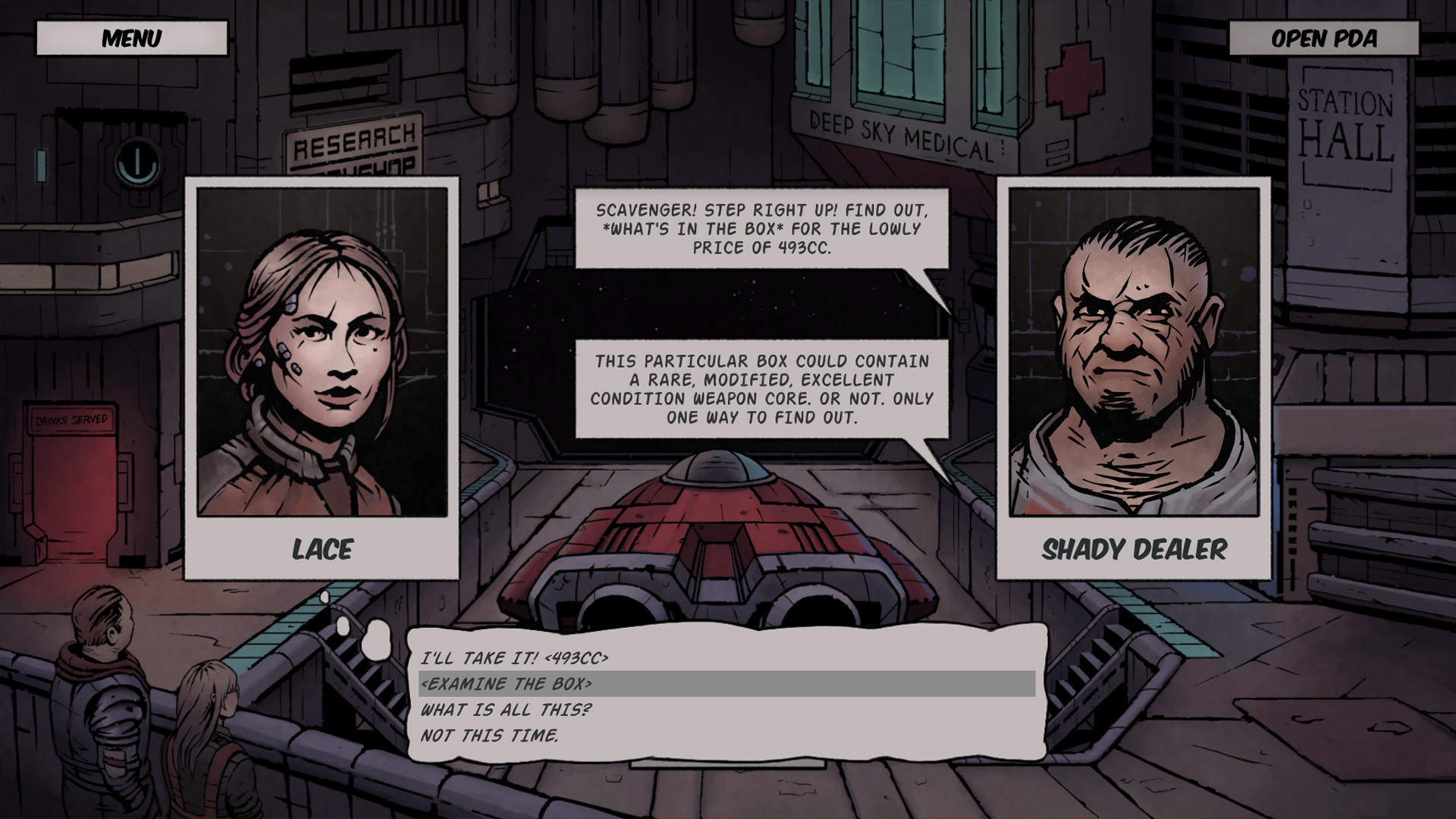 Deep Sky Derelicts is developed by Snowhound Games and published by 1C Entertainment. The game was launched on PC, Mac, and Linux via Steam on September 26, 2018 for $19.99. The title is rated PEGI 12 – Violence and Bad Language.