One Man’s Trash is Another Man’s Titan – Create the Ultimate Battle-bot with Cobbled Together Junkyard Treasures, Team Up With Allies, and Craft Revenge in the Ultimate Clash of Trash 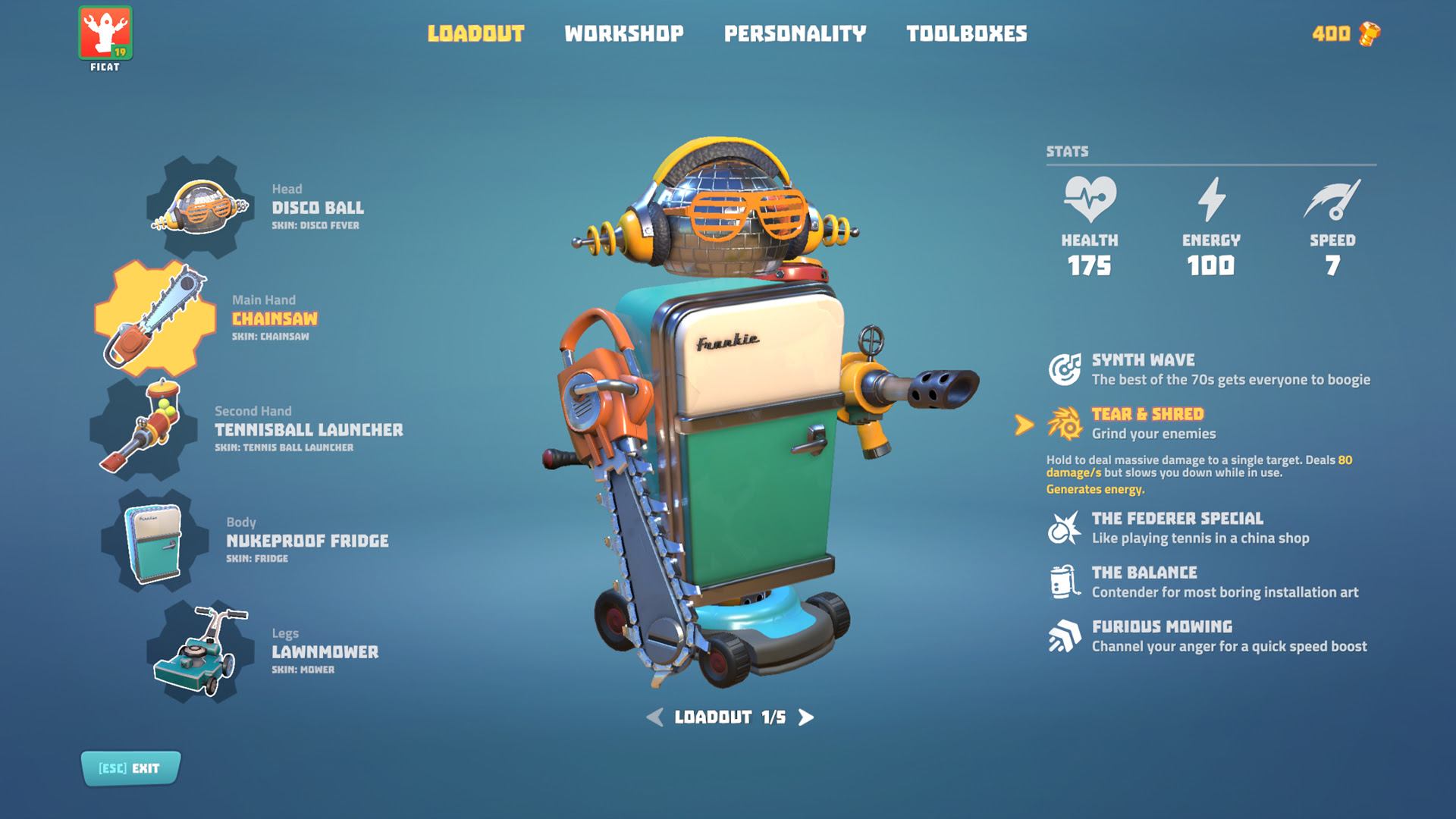 Available now for Windows PC via Steam, Frankie’s Revenge features bolts-to-the-wall action where players — solo or with allies locally or online — seek vengeance against an onslaught of alien-controlled robotic renegades by crafting their very own “Frankie” bots from junkyard scraps. Those who master the art of bolting together everyday items into trash-tacular warriors will dish out … Frankie’s revenge!

“It’s time to kick some trash,” said Rikodu’s Managing Director and Co-Founder Alexandru Palade. “Everyone here at Rikodu has worked hard to make Frankie’s Revenge as polished and fun as possible for today’s public launch. Players can finally live out their dream of being a killer fridge with a chainsaw arm and a disco ball for a head!”

He continued, “With such a solid foundation, we’re focused on expanding the game with new features and content while in Early Access, as well as working with the community to improve the game even further.”

The junkyard was once a peaceful place where humankind’s trash became more than just treasures to a forgotten few. Sentient machine Frankie called this place home — until the day THEY invaded. Cast aside and ready to rise from the ashes of the junkyard, B.A.M.F.-bot Frankie is out for revenge against the megalomaniacal aliens that threaten the world of machines.

In Frankie’s Revenge, players can build their own Frankie-bots piece-by-piece, customizing each component — body, head, legs, main weapon, and offhand weapons — to suit their playstyles. Some parts work well together naturally to achieve classic squad roles such as tank and support, affecting a Frankie’s overall health, energy, speed, and weight. Other combinations require a bit more creativity and finesse. With dozens of wacky parts and hundreds of combinations to choose from, friends can squad up and roll out across the vast junkyard to save Frankie’s home.