Four of Brazil’s top indie game development studios have been selected as official participants in the Indie Megabooth at PAX East 2020. From Thursday, February 27 through Sunday, March 1, members of Behold Studios, Rogue Snail, Double Dash Studios, and Ludact will showcase their newest titles to attendees at the Boston Convention and Exhibition Center.

The official delegation will represent the rapidly growing national video game production industry which attracts an increasing number of international investment partnerships every year. In partnership with the Brazilian Trade and Investment Promotion Agency (Apex-Brasil), the group is led by Brazil Games (the Brazilian Games Export Program) — carried out by the Brazilian Games Companies Association (Abragames). Brazil Games’ presence at PAX East 2020 directly rides the wave of a successful 2019; currently, Brazil stands as the 13th largest gaming market in the world and continues to flourish. With a growing rate of 13.5 percent annually, Brazil accounts for $1.6 billion USD in video game-related revenue, second in Latin America only to Mexico. “We’re thrilled to attend PAX East for the second time and put our talented developers and their outstanding titles in front of eager players,” said Eliana Russi, Manager of Brazil Games. “We want to get these titles in the hands of consumers and media to make an impact that will get them excited to see Brazil Games at future industry events.”

“We view PAX as one of the many ‘world stages’ for our developers within Brazil Games to showcase their work,” said Mariana Gomes, Apex-Brasil Project Manager. “We want to show off all that Brazil has to offer in terms of video games and quality, and we’re expecting to impress at PAX East.”

Behold Studios, best known for previous titles such as the award-winning Knights of Pen and Paper and Galaxy of Pen and Paper, is showing Out of Space, a couch co-op adventure that follows up to four roommates living together in outer space as they tackle ordinary household duties like tidying the living room and exterminating a deadly alien infestation.

The studio responsible for SBGames 2015 ‘Best Game’ winner Chroma Squad, Rogue Snail, joins the delegation to showcase Relic Hunters Legend, the successor to the highly rated Relic Hunters Zero. Legend follows the tale of up to four friends as they embark on a galactic journey in a wild world of colorful and innovative 2D and 3D visuals. The cooperative top-down shooter implements deep RPG systems to create a truly gripping adventure.

São Paulo-based development studio Ludact introduces Unbinary, a stunning hand-drawn VR puzzle game that asks players: are everyday biases affecting how the world reacts to you? In this unique adventure, players embody distinct avatars to escape a reality designed by a dubious super-AI. Unbinary joins the studio’s roster of novel VR titles ranging from child-focused to mature in nature. 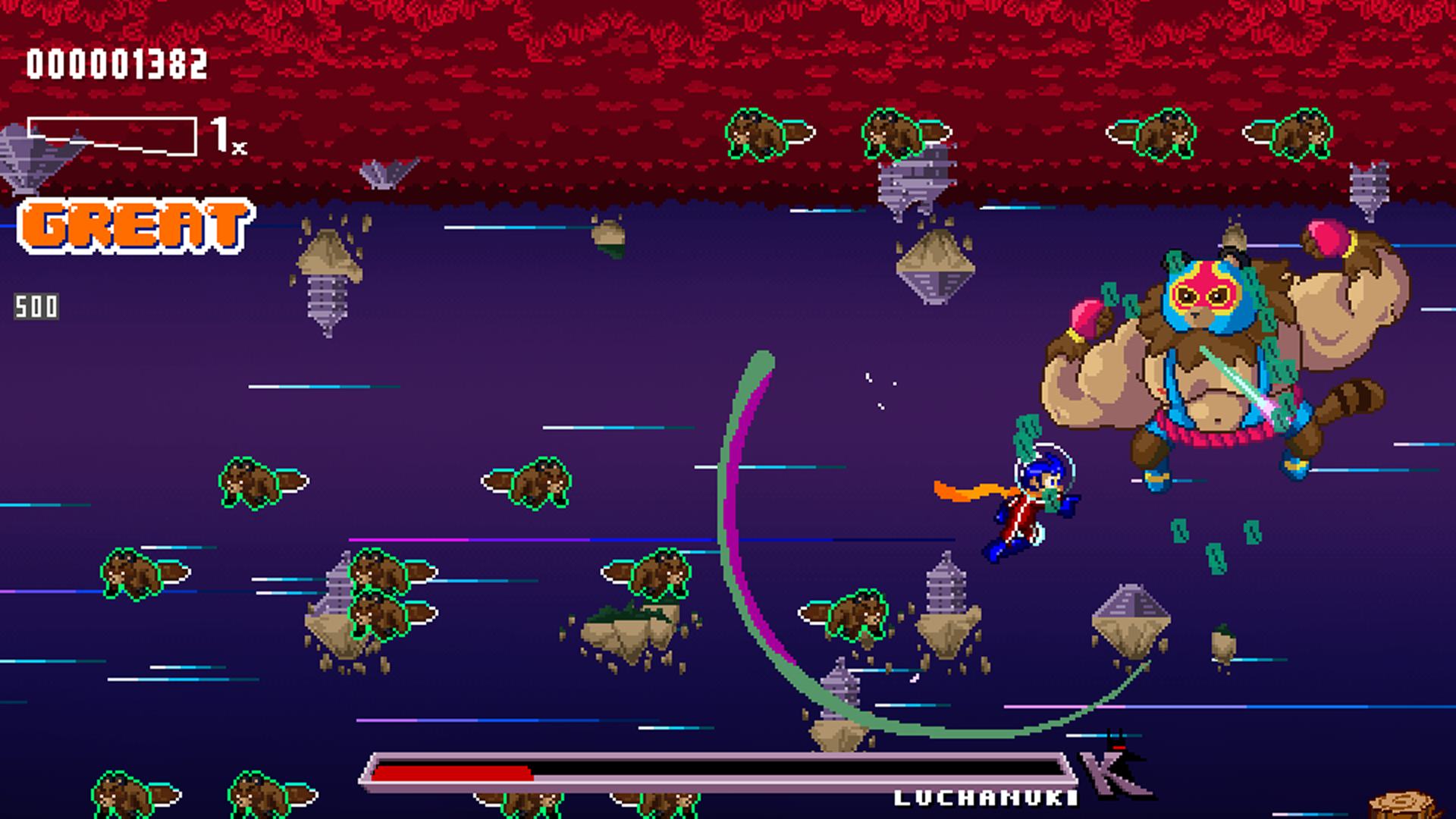 Sky Racket from Double Dash Studios enters the fray as a unique mashup of the shmup and brick-breaker genres. Players strap on the boots of tennis-powered intergalactic champions chosen to save the galaxy threatened by a tyrannically evil genius, as they turn their enemies’ attacks against them by using their elite space-tennis skills. This quirky adventure is one of Double Dash Studios’ handful of outer-space themed games.