Featuring a fantastic isometric pixel art style and classic RPG elements, Roadwarden takes the fun of text-based adventures and adds to it a heaping helping of the visual novel genre to create a truly original adventuring experience. 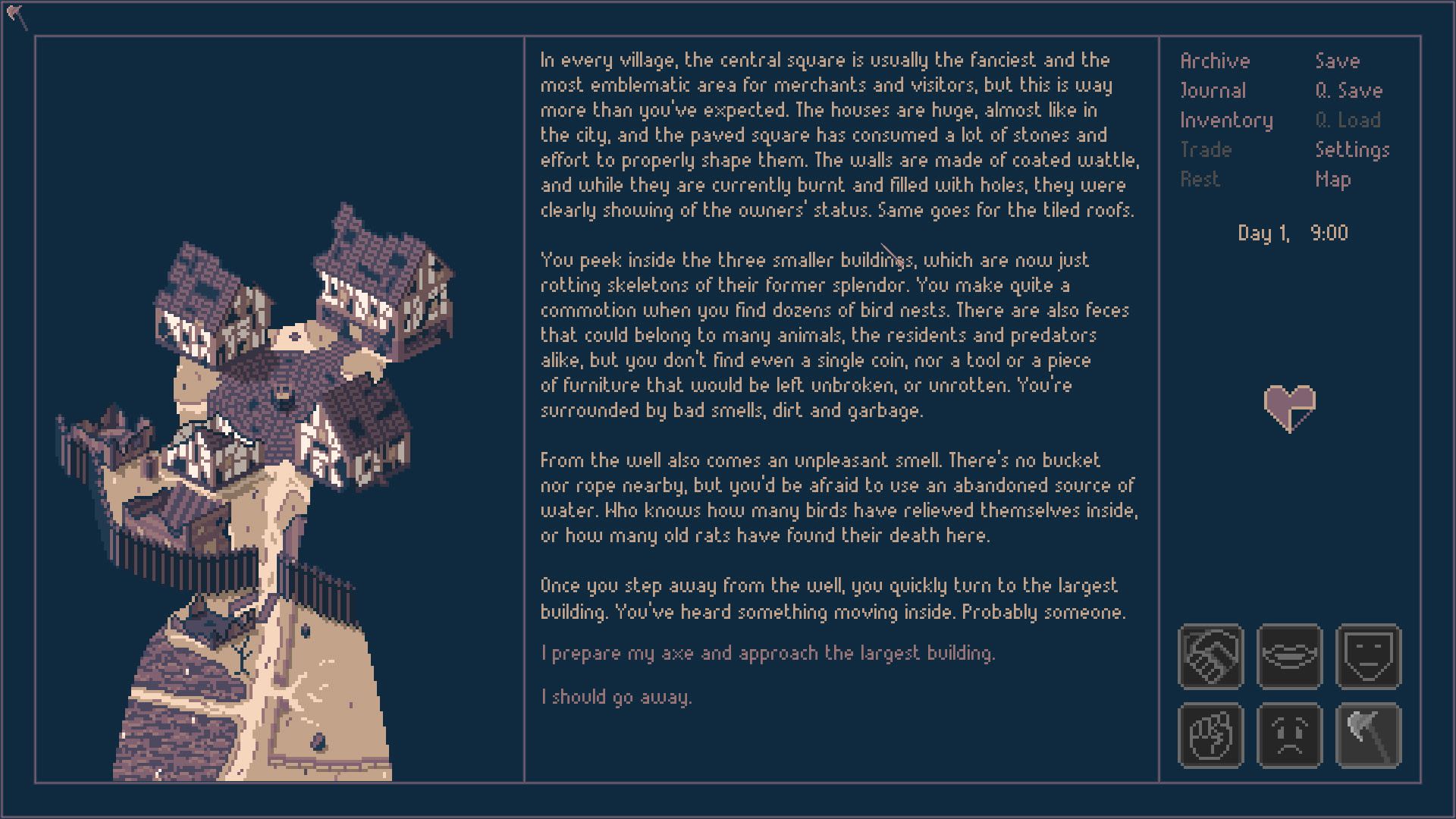 In Roadwarden, set for a late 2020 release, you play as roaming adventurer, messenger, and general-purpose hero in a dangerous and magical world. As your story begins, a powerful merchant guild has requested your services, sending you on a journey to a mysterious peninsula in the hopes of expanding the guild’s influence. You are meant to explore this place and gather as much information as possible to reveal the secrets surrounding the area. It’s a dangerous task, but an equally respectable one. Do you have the courage to meet all the requirements that define a Roadwarden?

Stepping into the boots of one brave soul, players must be willing to put their lives in danger in order to make a difference in a grim world. While most would turn up their noses at a solitary journey through the wilder parts of the land, the Roadwarden willingly accepts the challenge in order to live up to their promise made to guard travelers, connect alienated villages, support weary merchants, and repel attacking creatures — including bandits and the undead!

Some of Roadwarden’s key features include:

Roadwarden arrives on Windows, Mac, and Linux via Steam and other digital platforms in Q4 2020.