Remember all of those times as a kid when your teachers would tell you to stop playing with glue? Well, it’s time to deprogram yourself from that boring rule and get to squirtin’! Today, developer Rikodu has published their first combat guide, focusing on sticky, icky, ooey gluey battle tactics for their recently released four-player co-op battle-bot game, Frankie’s Revenge!

The new video guide, “Bits of Frankie #1,” is all about the wonderful and versatile Glue Gun — a primary weapon essential to support-based Frankie bots!

The Glue Gun can be equipped and customized at the Workshop prior to rolling out into singleplayer or co-op missions with your party of up to four Frankies (offline or online). During a scrap fight, whip out the Glue Gun and pump out a sticky mess to slow down enemies — then unload an adhesive assault on them close-up or from afar with an offhand weapon. When your friends are in danger of being dismantled by legions of alien-controlled robots, you can give them a lovin’ dose of hot glue to patch them right up! So next time you’re in the mood to take care of your fellow Frankies in the war-torn trenches of the junkyard, consider equipping the Glue Gun and spray away!

In addition to releasing their first developer guide, Rikodu has also dropped details regarding Frankie’s Revenge’s first major game update coming in July! If you thought boss Juicy Joe was a challenge, just wait until you meet … Le Kraque. Just the sight of this all-new boss is enough to fry circuits, so gather up your friends and prepare to go head-to-head (and appendages-to-appendages) against him in a new mission. 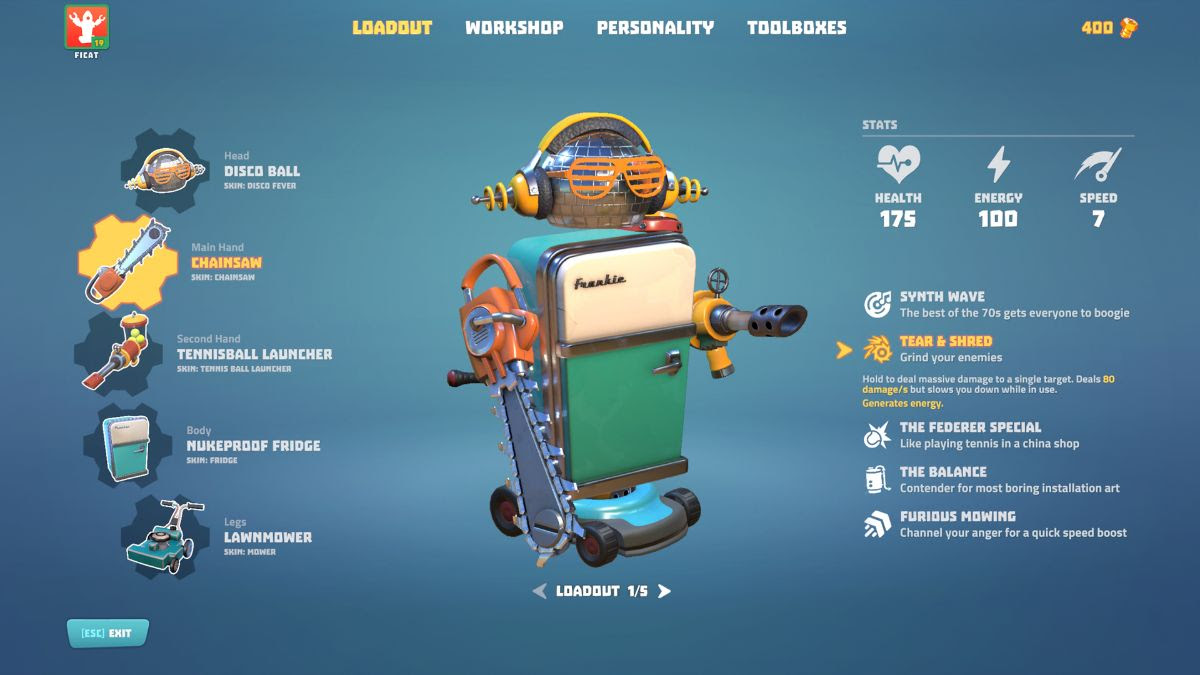 Cast aside and ready to rise from the ashes of the junkyard, sentient robot Frankie embarks on a quest for revenge against the megalomaniacal aliens that threaten his world of machines. In Frankie’s Revenge, players can build their own Frankie-bots, customizing each component — body, head, legs, main weapon, and offhand weapon — to suit their playstyles. Some parts work well together naturally to achieve classic squad roles which affect a Frankie’s overall health, energy, speed, and weight. Other combinations require a bit more creativity and finesse. With dozens of wacky parts and hundreds of combinations to choose from and challenging missions to conquer, Frankie’s Revenge is not to be missed!