Breath of the Wild was released on March 3rd of 2017. I find it difficult to believe so much time has passed already. Fans of the series and gamers excited for the new take on the franchise eagerly lined up to purchase it on the Wii U or Switch. Others may not have picked it up as of yet for a number of reasons. Either way, this article is to make new and veteran players aware of five important tasks that you can choose to undertake instead of defeating Calamity Ganon, while discovering the vast land of Hyrule. 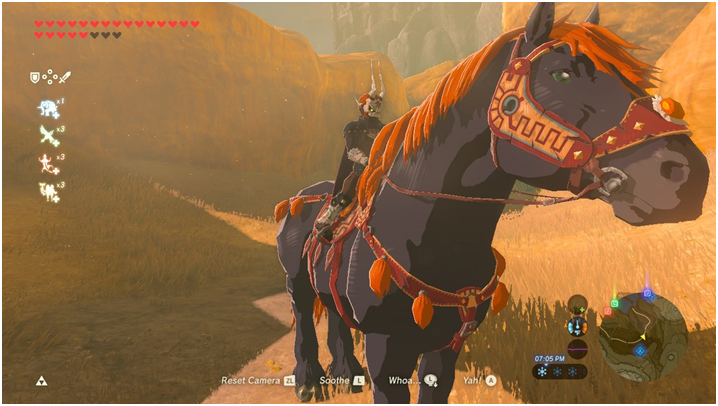 First of all, do the side quests. Part of what makes Link an exceptional hero is his willingness to go out of his way, sometimes way out of the way, to help a fellow Hyrulean. Whether they need people to help build a new town, pictures of monsters, or to see rare weapons, Link never declines to fulfill a quest given to him. Some of these missions will even reward you with horses, one being the descendant of Zelda’s white horse, and the other being a rare Gerudo stallion. If the rewards from these side quests aren’t enough, completing them grants a large amount of knowledge about Hyrule and the people that survived the Calamity.

Another task of great recommendation is to complete all shrines. Choosing to do this after the main mission is a personal decision, but I would strongly suggest this be done before the final fight, or even any of the Divine Beasts if you can wait to unravel more of the story. Regardless, if there are any shrines remaining once you’ve completed that main mission, tackle them. Gather all of the Spirit Orbs and take them to the nearest Goddess Statue to maximize either health or stamina, but not both. Not only will you be better prepared to tackle the Scourge of each Divine Beast, but you’ll be loaded on experience to make the puzzles easier. You may even fill up on weapons, if you unlocked the inventory slots by gathering Korok seeds.

Upgrade armor; something else that will benefit you sooner than later, but can be done at any time. Choose a favorite, or focus on multiple, but either way there is a ton of farming to be done. Of course, my favorite outfit, the Phantom Ganon set, is DLC and not upgradeable, but my second favorite, the Desert Voe set, required sapphires, Ice Keese wings, and Icy Lizaflos tails. The Barbarian armor must be the most challenging, requiring parts of a Lynel. The full defense score of the armor set is worth it, as well as the extra effects, such as resistance to lightning damage or Guardian damage. 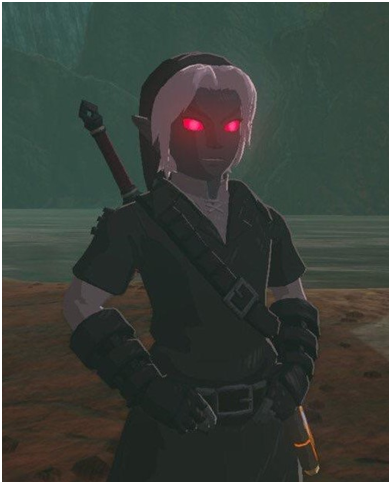 On the topic of armor, one might assume that Dark Link was completely forgotten in the slew of fancy outfits received through DLC, but his is actually much more difficult to acquire. This brings me to Kilton, the Monster Parts Merchant. Those Moblin guts are for more than just elixirs. Sell your monster parts to Kilton in exchange for his own currency called Mon. Use Mon to purchase interesting items from him, such as Bokoblin masks or Lynel masks that might help you fit in as part of their clique. Most importantly, save up for that Dark Link outfit. This armor is not upgradeable, but that’s the price of having red eyes. With this outfit, Link can run faster at night and even frighten random villagers! 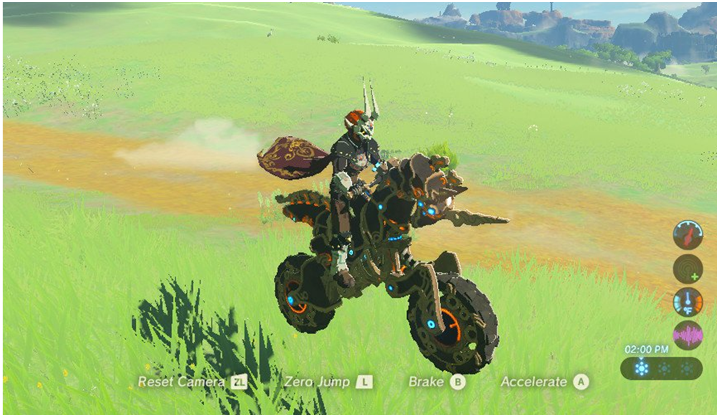 Finally, after beating the main mission, or multiple missions, if you’re feeling there just isn’t anything more to do, then there’s only one task left: acquire the Master Cycle Zero. Not only is the Champion’s Ballad DLC packed with a heartwarming story about the deceased Champions, but the additional missions are fun and offer new challenges.

The Legend of Zelda: Breath of the Wild is arguably one of the most innovative games of the series. Exploring the stunning land of Hyrule is a must, and with the story being so versatile the player is encouraged to adventure! After being given the main mission, the choice is yours, but the five tasks recommended here will certainly enhance your experience and distract you from defeating Calamity Ganon.

Tags: breath of the wild nintendo side quests switch zelda

What a Role Playing Game Means To Us

What Does It Take To Be A Gamer?

‘Bounty Battle’ the Ultimate Indie Brawler Comes to Switch, PS4, Xbox One, and PC this Summer