Giant Scam Industries —winners of the “most misleading company name” award two years in a row — is beyond pleased to announce today their quick-fire VR arena shooter, Snapshot VR, is now available in Steam’s Early Access! Following a successful Early Access launch on Viveport, the team at Giant Scam has been hard at work implementing fixes, polishing up the gameplay, adding features, and engaging with their dedicated community to make Snapshot VR the most complete futuristic virtual paintball simulator on the market! 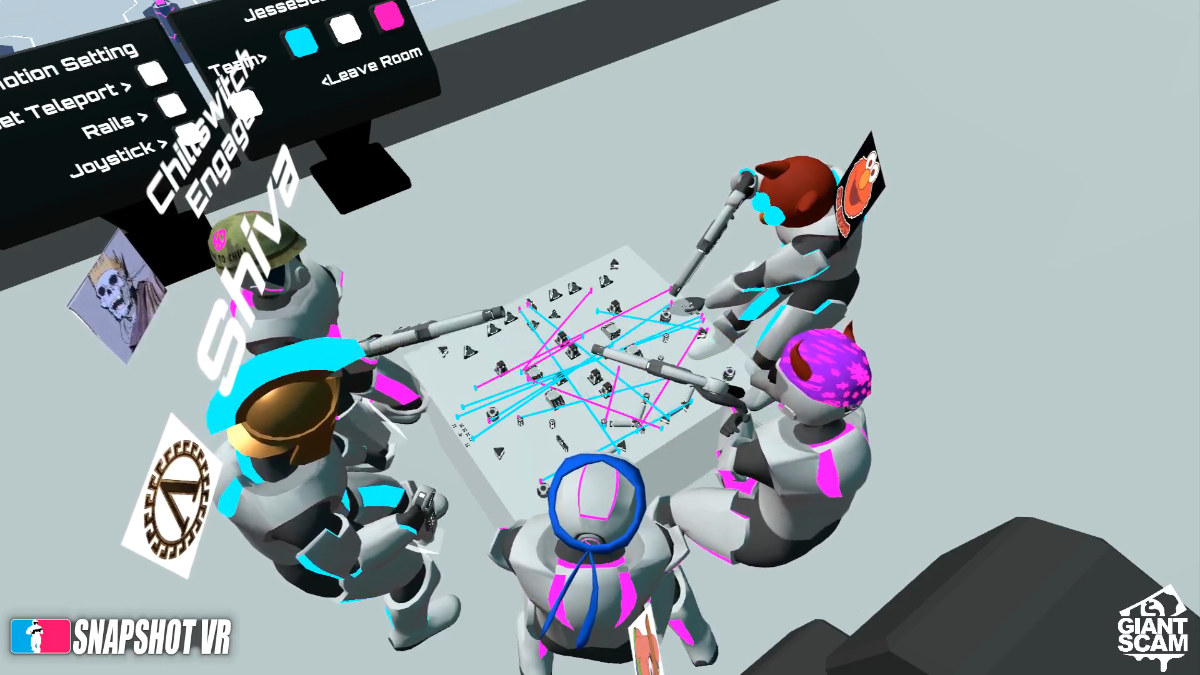 In teams of up to five, players must eliminate the opposition or hit the buzzer to win a match. With one-shot kills, physics-based projectiles, and nearly unlimited map variety, Snapshot VR has been designed from the group-up to not only be a fresh and unique take on the arena shooter genre, but a game built specifically for the VR platform.

Last month, Giant Scam hosted its first-ever tournament for Snapshot VR: the Viveport Open. The competition was fierce and good times were had by all, but things really ramped up during the last match between E & D and the U. Ballers, with both teams fighting right until the 3rd map and the very last point. Winners from four different countries received $300 worth of awesome prizes, and a crew from the VR Masters League joined the fun and came in 3rd place!

A competitive game at its core, Snapshot VR with cross-platform play as a primary focus and the Steam launch will open the doors to a whole host of new players. And as the old saying goes, “One good turn deserves another” — so the guys will be hosting another tournament this fall! So hit up Steam or the Viveport Store, strap on your headset, and get practicing. 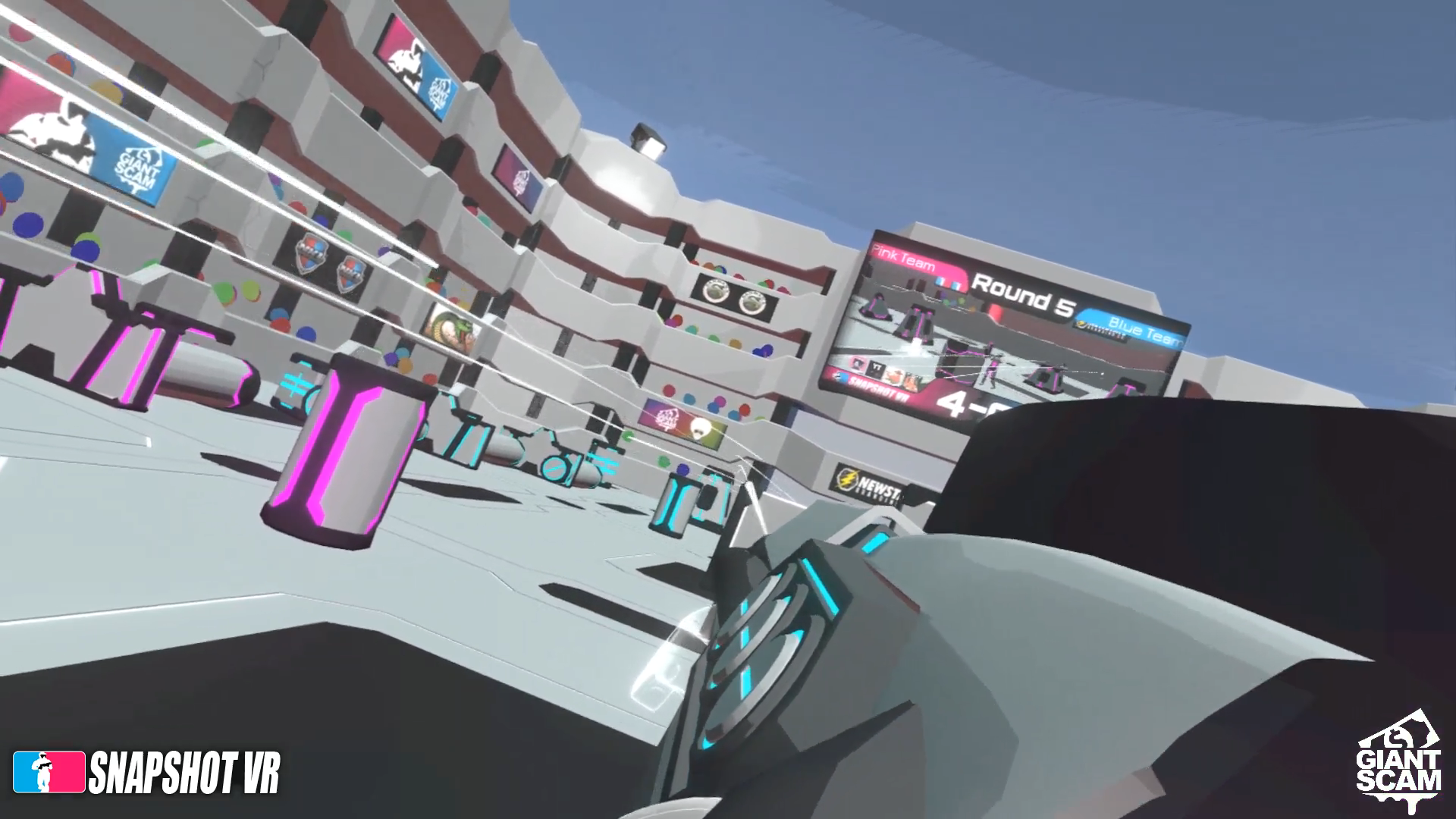 “We had an amazing response from the community during Early Access,” said Jesse Keogh, Founder and Lead Engineer at Giant Scam. “Thanks to their support and feedback we’ve been able to fine-tune Snapshot VR and add in a whole bunch of new features for the Steam launch.”

The heart of any online game, especially a competitive one, are the people that play it; the community. During the Viveport launch, Giant Scam paid close attention to feedback from the players, and have added in a ton of fixes, updates, and new features to an already robust online experience. A practice mode, more analytics and stats, multiple locomotion settings to accommodate any VR comfort level, and with an in-house Map Creator on the way, Snapshot VR is polished up and ready to blow minds on Steam.

Snapshot VR is now available in Early Access on Windows PC via Steam and Viveport. The game supports the Oculus Rift, Oculus Rift S, HTC Vive, HTC Vive Pro, Vive Cosmos, and Vive Cosmos Elite, Windows Mixed Reality, and Valve index with support for additional VR devices at full launch. Players with Viveport Infinity will have free access to the game through their membership. Additional features and content, including a brand new, in-house map creator, will be released throughout Early Access.