With only a week before the Early Access launch of Deck of Ashes — the narrative-driven deck-battling RPG — developer AYGames would like to share a few new screens and some “behind the scenes” commentary about the development of the game and the road the team has traveled to bring the game to life.

Long before Deck of Ashes was even rendered on a screen, the team at AYGames understood that in order to bring their vision to the masses, they would have to get every detail just right. Whether it meant long nights at the office or endless team collaboration, it was vital to get the card-battling mechanics balanced and the story as thorough and immersive as possible.

“We knew Deck of Ashes was something special from the start,” says AYGames’ Marketing Director Martin Skorubskiy. “It was crucial that we bring our vision to life with genre veterans and newcomers in mind. Everything had to be perfect, and it had to be welcoming.” 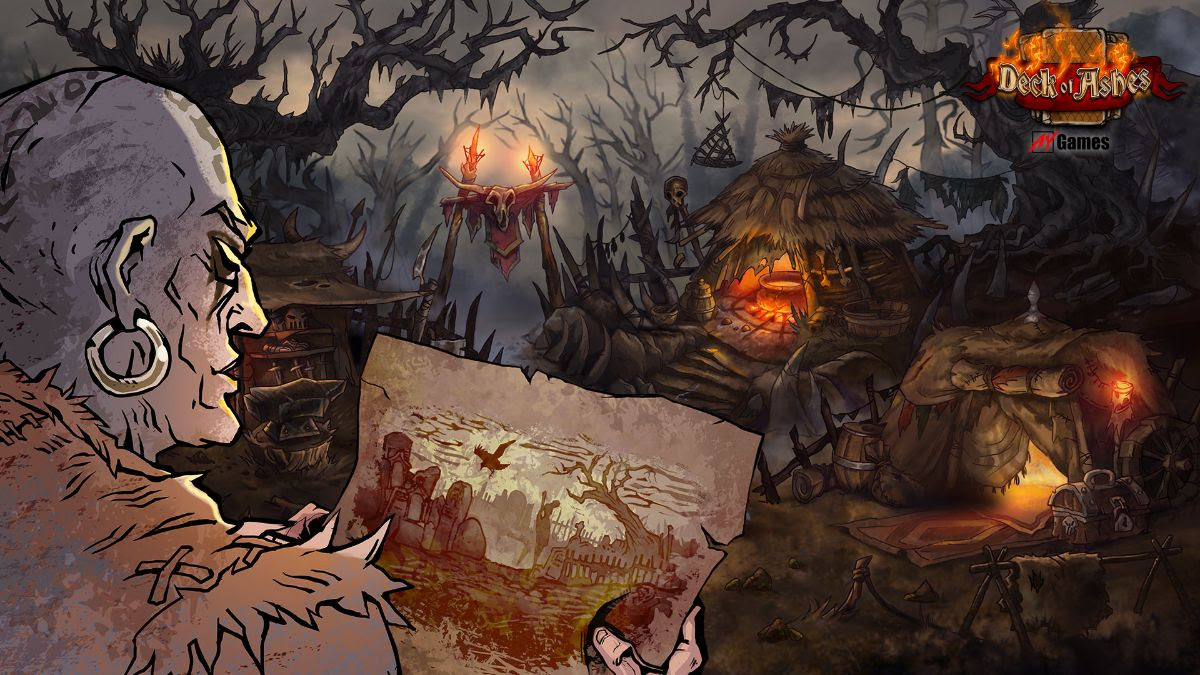 Developing a game is grueling work, and doing so with a small team takes a special kind of passion and ambition. “When we began forming the team, we looked mostly for passion and enthusiasm,” says Stas Spirchenko, Deck of Ashes Production and Game Design Lead. “And we’ve learned a lot as a team throughout the development process; we are going to learn even more during Early Access and that’s exciting!”

AYGames is a small Russia-based indie studio. The team is dedicated to bringing high-quality games to the public that the developers themselves enjoy playing. The AYGames team is pictured below:

Q: Tell us a little about Deck of Ashes , what is the core idea behind the game?

A: Deck of Ashes is all about building yourself, step by step, piece by piece —
becoming stronger than you were just yesterday! It’s about the surprising discoveries
and risky experiments in the face of great danger. And after each fall, tirelessly trying
again. And ultimately, it’s about finding yourself.

Q: How did you create the story behind the Ash Curse and the world of Deck of Ashes ?

A: Well, I guess the story grew on us over the course of development. At first, we
focused on mechanics and didn’t even think much about a story! But when we arrived at
the vision of the gameplay, we asked ourselves, “where could such things take place?”
The story within Deck of Ashes became a natural extension of gameplay.

Q: What are some of the characters and monsters you’ll encounter when playing the
game? What are some that you feel are “special” or “unique”? Are there any based on
real-world mythologies, or did you create all the “friends and foes” from your own
minds?

A: We did a lot of research to find the monsters that are the best fit for our bestiary. We
love all of our monsters, but my personal favorite is Cannibal. It’s a huge human
opponent with powerful attacks and a unique twist. And in particular, I like how its
mechanics and aesthetics came together to form a very flavourful and unique foe. The
Cannibals are blinded by hunger; that’s their main drive. And for as long as it is human
flesh, they are eager to devour both friends and foes. And the player can use that to
their advantage. It’s hard to survive in a one-on-one fight with a Cannibal, but you can
strategically send Cannibal’s attacks into their own allies. But beware, if a Cannibal kills
a human, ally or foe, it will summon another Cannibal to join the feast and you will have
to deal with them both!