Wayô Records is pleased to present a wide assortment of releases dedicated to the beloved RPG series Grandia. The Grandia Memorial Soundtrack offers a selection of tracks from across the series and Vent arrangement album, and a new illustration by Grandia designer Toshiaki Hontani across 3xLP. The Grandia Complete Soundtrack includes all four Grandia soundtracks and the Vent arrangement album across five CDs. Twelve Doors: A Tribute to Noriyuki Iwadare is an all-new arrangement album recorded by Benyamin Nuss (piano) and Shauno Isomura (violin) featuring music from Grandia and Lunar and an original composition by Noriyuki Iwadare exclusive to this album on both CD and 2xLP. Finally, the limited edition Grandia Music Box plays a 30-note arrangement of the main theme created by Iwadare and comes with a hand-signed music sheet. These special Grandia offerings are now available for pre-order via the Wayô Records online shop: Grandia Offerings from Wayô Records 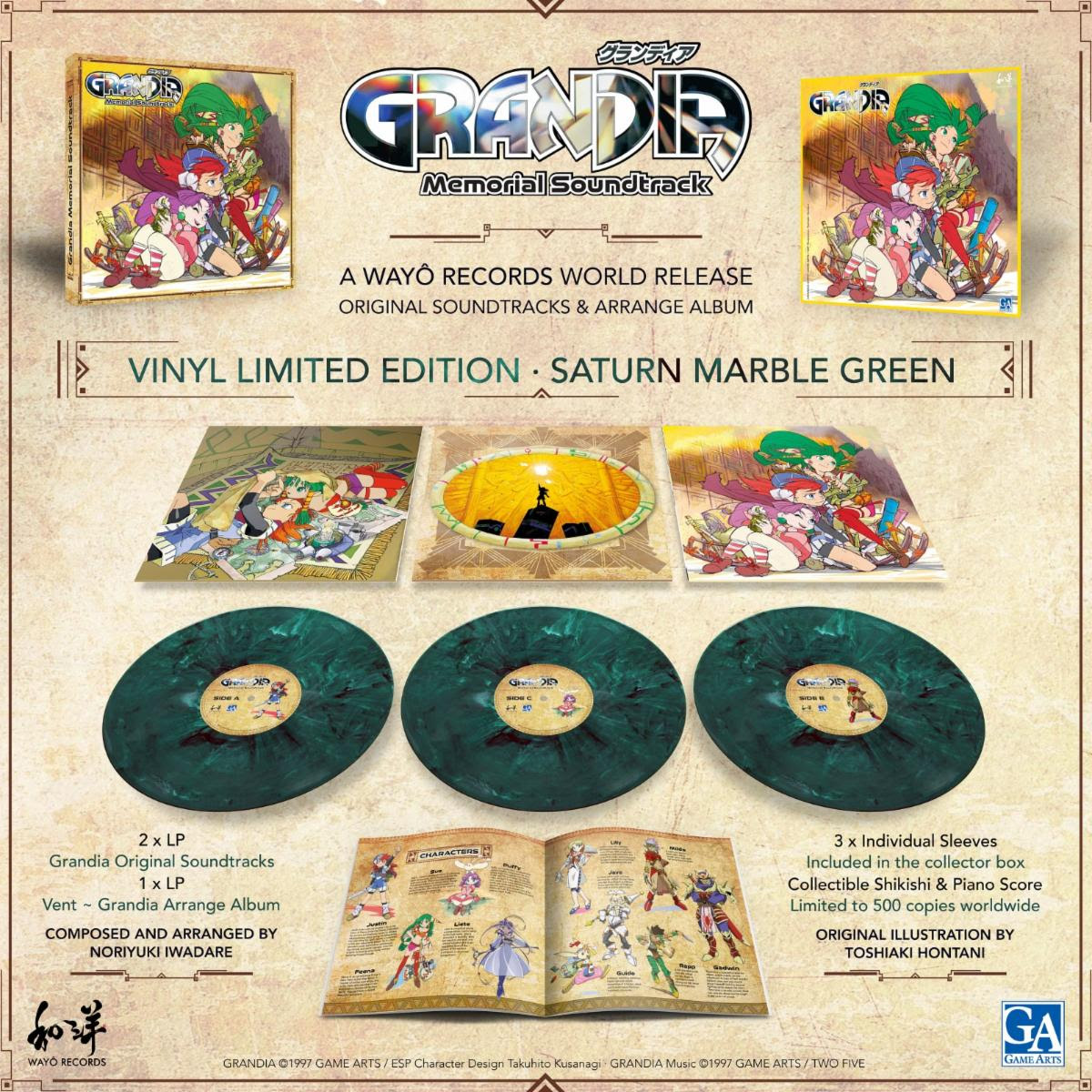 “Working on the Grandia soundtrack and music box project has been a ‘grand’ adventure for all of us,” reflects Wayô Records producer Jonathan Khersis. “As passionate fans of the Grandia franchise we wanted to have as much as possible a strong collaboration with the original creative team, and we are really excited to offer this new cover design by Grandia’s animation director, Toshiaki Hontani. More than ten years passed since we met with composer Noriyuki Iwadare for the first time, and today we can’t be more happy with releasing one of his masterpieces in these gorgeous editions together with Game Arts and the composer. The music box melody was arranged by Noriyuki Iwadare himself, and will undoubtedly be a beautiful nostalgic treasure in Grandia fans’ collection.”

Grandia is a beloved RPG franchise that began in 1997 on the Sega Saturn and now has three numbered titles and several spin-offs. It’s become known for its its compelling stories, beautiful visuals, and of course, incredible music composed by Noriyuki Iwadare.

Established in 2010 in Paris, Wayô Records is the very first French label dedicated to the promotion of music from video games and visual arts in France. Led by a team of game music enthusiasts already specialised in event planning, editing, journalism, translation and music, Wayô aims to bridge a link between artists and fans from all around the world.