House Party is Receiving Slight Price Increase on January 6th in Preparation for their Final Stages of Development.

Eek! Games announced via Steam they’re in the process of reaching the final stages of development, and House Party, which holds a recent player rating upwards to 95% after their most recent update, is officially anticipated to launch out of Steam Early Access by the end of Summer 2020. In order to aid their final development costs, the regular store price will see a slight price increase to $24.99 starting on January 6th, 2020. If you have not had a chance to join the party yet, the game is currently a part of the Steam Winter Sale 25% OFF of the current $14.99 price at $11.24 until January 2nd. Consider this your party invitation!

In addition to all the features, they’ve added in the past year, and House Party still has a ton of new features making its way to the game before it releases out of Early Access in 2020. In the coming months, players can look forward to a number of new things such as a new female playable character, a fine-tuning of the intimacy animations, and Vickie Vixen’s unforgettable finale. Not to mention, the Game Grump’s story will be landing very soon, more details to come in a follow-up release. 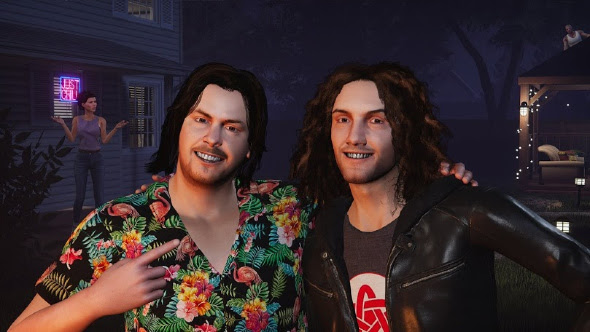 “As for what’s left; after the Game Grumps are added, we still have stories coming for Derek, Frank, and Vickie’s final “ending,” and then we will be releasing a female POV playthrough style, that will offer up most of the same quests, but with various twists and extra content that can only be experienced this way. We’ll also be combing over all of the existing content and making sure we tie everything together in a cohesive way creating a nice sense of fluidity with the player’s choices.

House Party has to climax at some point, and your support has made it possible for our game to have the biggest explosive finale. And after HP has left EA behind, we’ll continue to support it while we begin working on our next venture-something we’re excited to talk more about, but only when the time is right.”

Fans who want an early taste of what’s next for House Party can support the game via Patreon. Patreon subscribers who pledge $15 a month or more gain access to the game’s alpha updates, providing the first look at new storylines and even new gameplay mechanics like player combat.