Little piggies beware – we’ve just received comms from the High Command that next Tuesday, May 14, 2019 at 1100 hours (11:00 AM EST), a live stream of the upcoming Real-Time Strategy (RTS) game S.W.I.N.E. HD Remaster will broadcast publicly on the official Assemble Entertainment Twitch channel. This comes just ahead of the game’s May 23 release date, and is a great opportunity to get a first-hand look at the barnyard battles that are coming! 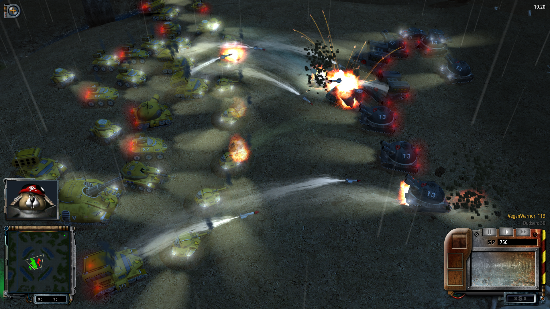 Also disclosed in the brief are several brand-new S.W.I.N.E. HD Remasterscreenshots, straight from the Reconnaissance Department of the Piggy Army!

Assemble is releasing S.W.I.N.E. HD Remaster digitally via Steam, GOG (which is currently offering a 15% off discount on pre-orders), and other distribution platforms in North America as well as in Germany, Austria, and Switzerland on May 23. And as the High Command has just informed us, the Hungarian territory has now also been won as a new area for retail trade!

Who: The finest pigs Assemble Entertainment has to offer!