Materia Collective is excited to release Children of Termina, an in-depth musical exploration of the lore behind The Legend of Zelda: Majora’s Mask by arranger Rozen. It follows the hugely-successful Sins of Hyrule and Ballads of Hyrule with powerful orchestral arrangements that revisit key moments and mysteries of Termina. Several live performers are featured including the Sofia Session Orchestra, Julie Elven (Horizon Zero Dawn) and Celica Soldream (World of Warcraft). Children of Termina is licensed and available in digital and CD formats as well as limited edition vinyl:

“For the next installment in my Hyrule series, I wanted to explore the parallel world of Termina and its lore,” explains Rozen. “There’s so much beauty found in darkness and mystery, even at the final moments of one’s existence. I wanted to capture all the feelings in the hearts of the people of Termina when they’re looking up at the falling moon, one last time, before facing extinction: love, solitude, despair, acceptance. It is my wish that you join me in this unsettling but emotional journey in the lands below Hyrule, and feel the same desperate need to heal the world as Link did.”

The full track list for Children of Termina is as follows:

Children of Termina will also ship on a limited deluxe edition 2xLP vinyl that will include alternate artwork with purple foil, foil-stamped numbering, a sheet music memento, an autograph by Rozen, and more (limited to 200 units). The CD is planned to ship December 2018 with the vinyl planned for February 2019. 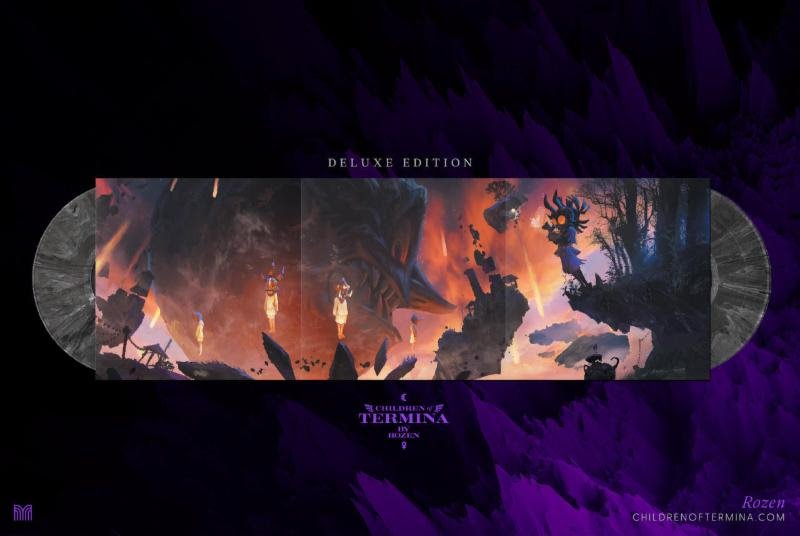