The coming of NecroWorm to Nintendo Switch cannot be postponed, as announced by the Coterie of Esoteric Eradicators. The only way to appease the spectral vermin is to feed him. Playing the newly released NecroWorm demo is recommended as a safety measure. However, only beating the full game, releasing on March 26th, can fully satiate the wyrm’s hunger.

Thanks to the druids from Walkabout Games, this incarnation of NecroWorm is what scholars described as “a fun and fast-paced puzzle game on Nintendo Switch.”

It is common knowledge that the only point of NecroWorm’s existence is to devour. Therefore, he expects to be fed via 100 levels of brain-teasing gameplay. Player helps the serpent consume everything on his way, while avoiding biting into his own neverending tail. Additional obstacles, such as locked doors and stones, add variety to the challenge, and time trials are there for the most ambitious gamers.

In order to allow everyone to protect themselves from NecroWorm’s humours, Walkabout Games will offer a 40% discount on the game during the release period.

The situation is serious; however, The Coterie of Esoteric Eradicators and Walkabout Games, advise to stay calm and simply have fun. 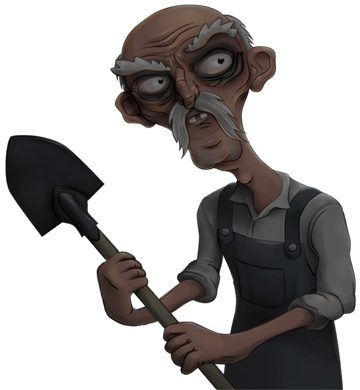 The following is a transcript of the Eradicators’ meeting that just took place at the Walkabout Games headquarters in Warsaw.
ROBERT PURZYCKI, PRODUCER
S’yath Ableth, my friends. Our seer has just determined that the fiend will not only infest Nintendo Switch, but also come to PC 26th of March. Rejoice, as this gives us more chance to appease the damned monstrosity.VOICE FROM THE AUDIENCE
What’s that behind your back?!
[Unintelligible noises, screams.]

HIGH-PITCHED VOICE
Nyaaah, it is I, NecroWorm! You suckers still pretend you’re some kind of mages guild? You’re lucky this game you locked me in is good. I might even spare you. Now feed me, pronto!