Xbox Games Pass Ultimate members can head to the beach and play through the premium levels of the Surf ‘N’ Turf downloadable content for free.

Team17 and Ghost Town Games have today announced that the Surf ‘N’ Turf premium downloadable content for the award-winning, chaotic culinary Overcooked! 2 is now available for free to all Xbox Games Pass Ultimate members through Perks. The content adds a dozen story levels, three chefs, recipes, and gameplay mechanics to the base game, which is already free to play on Xbox Game Pass for Console and Xbox Game Pass for PC. Members can claim the Surf ‘n’ Turf DLC by accessing the Perks gallery on their Xbox Console, via the Xbox App on Windows 10 PC, or the Xbox Game Pass Mobile app. 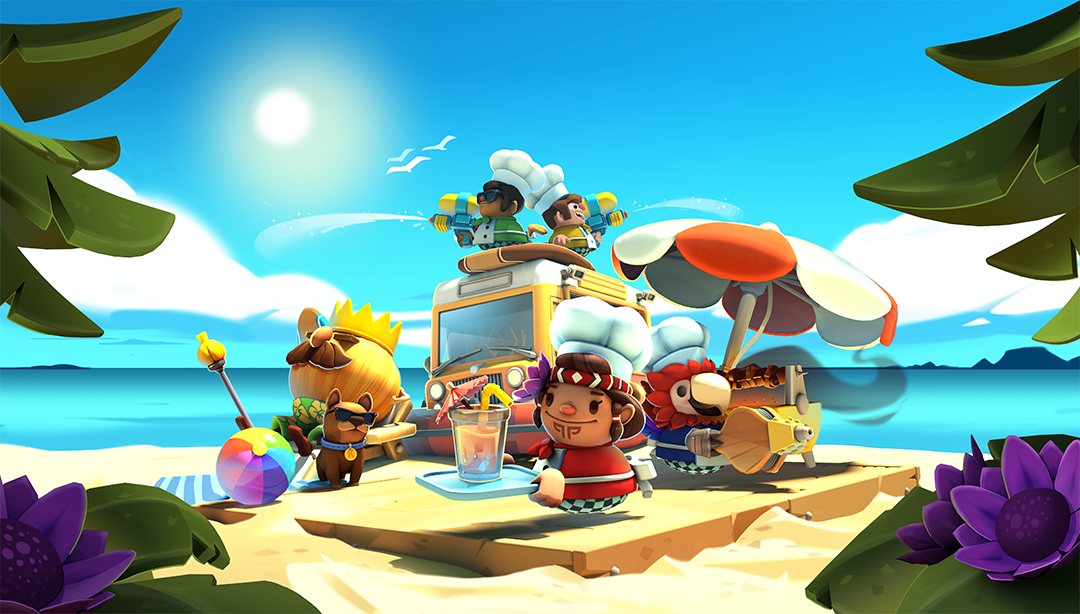 Originally released as the first downloadable content available for Overcooked! 2, Surf ‘N’ Turf introduces fans to the Parrot and Island chefs, as well as Boof from the original Overcooked!. As The Onion King and Kevin the Dog explore the sandy islands, players cook up new recipes under the tropical sun, including BBQ skewers and smoothies, while working with new equipment – like bellows – to complete orders to the kitchen even faster than before.

The release of Surf ‘N’ Turf on Xbox Game Pass Ultimate comes after the recent announcement of Overcooked! All You Can Eat, which is currently in development for next-generation consoles and features 4K, 60 frames per second remastered versions of both Overcooked!, Overcooked! 2, and their downloadable content, as well as original levels and chefs, cross play multiplayer functionality, an assist mode, and extensive accessibility options.