Owlcat Games has announced that the Kickstarter campaign for Pathfinder: Wrath of the Righteous has raised $2,054,339. More than 35,000 backers helped fund the CRPG based on Paizo’s famous tabletop RPG and the adventure path of the same name, and 20 stretch goals have been reached. In celebration of the campaign’s success, the studio has shared that fans will also be able to pre-order Pathfinder: Wrath of the Righteous through the new official website launching at the end of the month and that the first closed alpha test will be held this April. A new alternative key visual has been revealed—it is showcasing the player’s character who followed the path of a Lich, instead of the Angel’s path featured in the first original art unveiled in December. 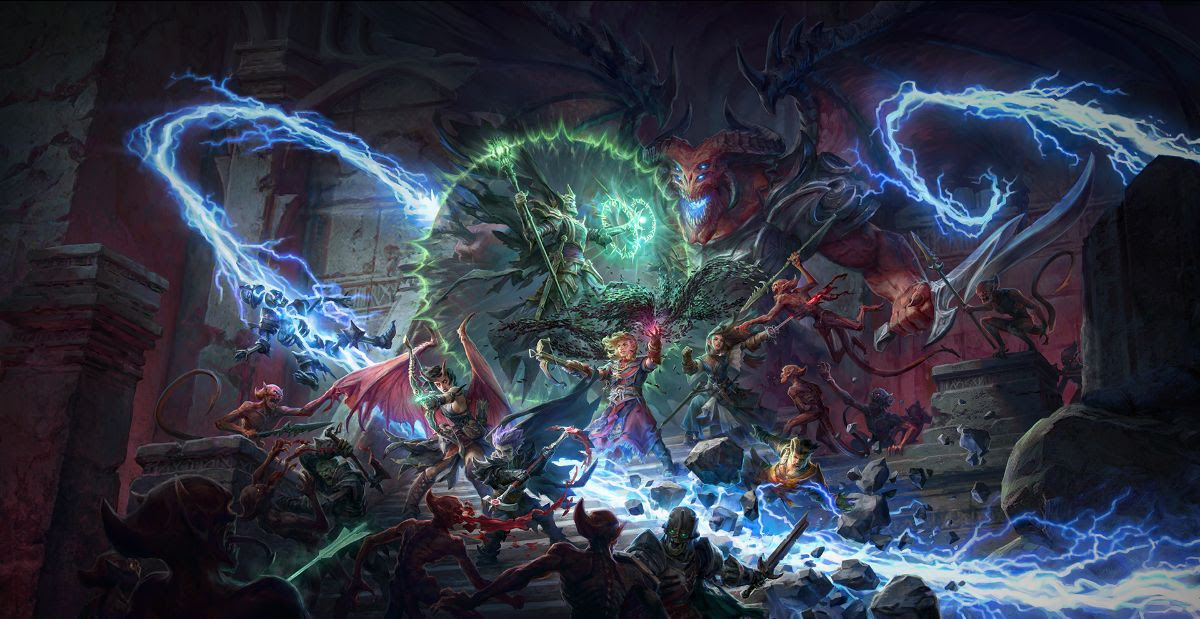 “I express sincere gratitude to every backer who has supported us. This Kickstarter campaign was incredibly successful and our team is amazed by the overwhelming support of backers who share our love of Pathfinder,” says Oleg Shpilchevskiy, Owlcat Games’ Head of Studio. “For us, it is essential to communicate with the core players from the early stages of development. We are looking forward to getting the players’ feedback during a closed alpha test in April.”

Fans will be able to pre-order Pathfinder: Wrath of the Righteous on a dedicated website later this month. Kickstarter backers will be able to access an account to manage and upgrade their pledges, select specific add-ons, receive digital rewards and edit personal information (such as their shipping address). People who wish to continue supporting the title’s development may purchase packages similar to the tiers offered during the game’s Kickstarter campaign. Pre-orders will help fund the final stretch goal that was still active at the time of the campaign’s completion, adding a new Hunter class and dinosaurs as animal companions.

Closed alpha test access for Pathfinder: Wrath of the Righteous will be available for Kickstarter backers and fans who pre-order via the title’s website. Kickstarter backers will be able to participate in April’s alpha test by selecting it among other add-ons they pledged for during the title’s crowdfunding campaign. Fans who have not contributed to the title’s campaign so far, will have the opportunity to pre-order the game and purchase the alpha access add-on once it is available.

The Mythic Lich key visual shared today depicts the evil alternative to the default good Mythic Angel. It evidences how the player’s party can change according to their alignment. One’s choices will determine the companions that will join them on their crusade to reclaim the world from the demonic forces that have invaded it.

Pathfinder: Wrath of the Righteous will feature nine Mythic character types with unique abilities that greatly affect the title’s narrative, gameplay and variety of choices. These include the benevolent Angel, the ravaging Demon, the powerful Lich, the cunning Trickster, the lawful Aeon, the rebellious Azata, the ruthless Swarm-That-Walks, the Legend and the merciful Gold Dragon.

The title will additionally feature an extremely flexible character building system with 24 classes to choose from, six archetypes per class, three new races in addition to nine from Pathfinder: Kingmaker, one new companion, mounted combat, full-scale animal companion progression and more. The Kickstarter campaign also revealed the addition of three new romantic interests for the player’s character. While the game is designed to be played in real-time with pause (RTWP), it will also include a turn-based mode (TBM) that will allow players to experience a play session almost identical to the tabletop version.

Owlcat Games will continue to update fans on Pathfinder: Wrath of the Righteous’ features and development progress through a series of video diaries.