Materia Collective is excited to make available the Rend (Original Game Soundtrack) by composer Neal Acree. Acree–best known for scoring some of the biggest videogame franchises in the world–digs deep into Nordic myth with intimate instrumentals and stunning vocals by Einar Selvik and Celica Soldream. The grandiose fantasy soundtrack spans close to an hour of music and makes for a perfect accompaniment to the sprawling adventure featuring team-based survival gameplay. Rend (Original Game Soundtrack)  is now available wherever digital music is sold:

“As the players start out in the afterlife with nothing and have to craft survival tools with the elements around them I found myself reaching for older and less refined sounding instruments like the hardanger fiddle, hurdy gurdy, viola da gamba and nyckelharpa,” explains composer Neal Acree. “The resonant qualities of these instruments gave the feeling of ancient machines built out of wood and string. My favorite part about working on this soundtrack was getting to collaborate with Einar Selvik of the Norwegian folk band Wardruna. Einar not only provided some incredibly powerful vocals for a few of the songs but also set them to old Norse poetry. We were also able to record the City of Prague Philharmonic as well as more Celtic-influenced instruments and Bulgarian choir. In the end this score isn’t about one place or one cultural influence. It borrows from cultures around the world and gives them an otherworldly setting.” 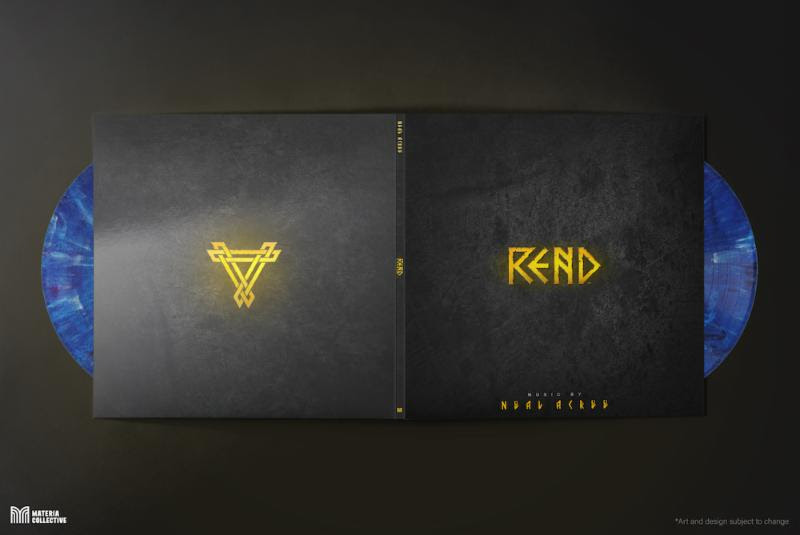 Materia Collective will also release a physical edition CD in a four-panel digipak with a booklet to include session photos, liner notes, credits, and lyrics. A beautiful 2xLP in Rune Blue Color Mix (a semi translucent, hand-poured combination of blues), gatefold jacket with glossy finish and debossed logo, and printed sleeves for the records with session photos, liner notes, and credits is also available.