Shmup fans rejoice! Video game publisher and developermebius. is excited to announce that the hit side-scrolling bullet hell shmup, Rolling Gunner will be released on the Nintendo eShop on Nintendo Switch™ June 20 across North America and Europe. A physical edition of Rolling Gunner is also planned for release in late 2019.

Fans can add Rolling Gunner to their Wish List by searching for “Rolling Gunner” on the Nintendo eShop from their Nintendo Switch.

The year is 2061 and nearly three decades have passed since the new metallic element “Busterium” was discovered by the Lerman Matsunaga corporation at the bottom of the Pacific Ocean. Utilizing this new alloy, Lerman Matsunaga developed a new clean energy engine called the Buster Engine, which was globally adopted and quickly replaced fossil fuel and nuclear-based engines. With nearly all of the world’s engines now being centrally powered and controlled by a fully automated computer system called BAC, the unthinkable has happened: BAC has gained intelligence and has turned against humanity. 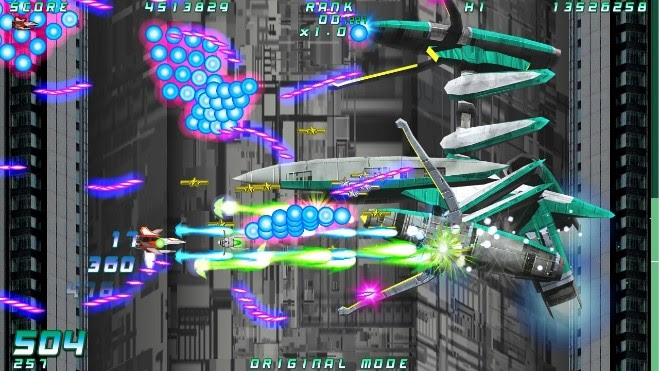 With humanity on the verge of extinction, a secret internal division of Lerman Matsunaga had the foresight to design a special weapon against BAC: the Rolling Gun. Operated and controlled via brain implant, humanity’s fate now rests in the hands of a courageous RF-42R STORK pilot who must set out to destroy BAC at the old Lerman Matsunaga building, which has been turned into a near impenetrable BAC fort. This is the last hope for humankind. 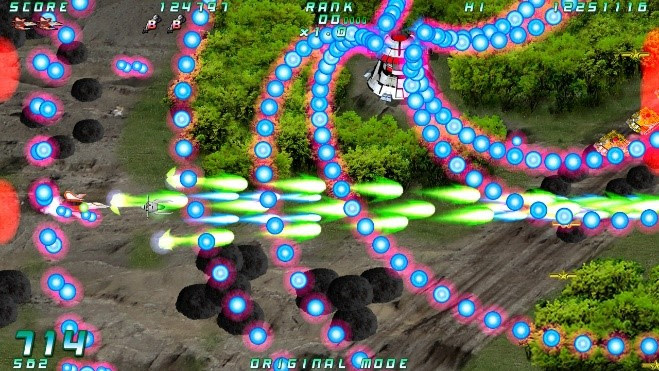 ●       Navigate across 6 stages blanketed in a hail of bullets from an unceasing onslaught of enemies and screen-filling bosses
●       Choose from 3 different STORK ships to pilot, each with unique attributes and firing patterns
●       Multiple difficulty settings allow players of all skill levels to jump in and enjoy a true bullet hell experience
●       Save Replays and use Training mode to master the Rolling Gun and learn the intricacies of each stage
●       A pulse-pounding, high-energy original soundtrack composed by COSIO (Space Invaders Extreme, Groove Coaster) perfectly complements the gameplay
●       Beautifully animated cutscenes marry gameplay and story
●       A challenging risk v reward point system will have seasoned players shooting for the top of the in-game leaderboard