Fresh off their successful launch of EVERSPACE™ 2 into Steam Early Access, ROCKFISH Games has released a detailed roadmap of major updates fans can expect in 2021. The 2021 roadmap includes milestones for upcoming star systems, major gameplay features such as fast travel, new companions, activities, and story content, as well as the addition of new player ships for test pilots to check out in Early Access, over the course of this year. In the star system Zharkov, EVERSPACE 2 pilots will get to the core of Grady & Brunt’s shady business operations when infiltrating their ranks and learning about G&B’s dark secrets.

“Since launching in Early Access a few weeks ago, we’ve received a ton of positive feedback from our community, content creators, and the gaming press. Some outlets even tout EVERSPACE 2 as “Roque Squadron meets Diablo,” “The Witcher of Spacer Shooters,” “Nailing Those Freelancer Vibes So Far,” or “Descent and Privateer had a baby,” said Michael Schade, CEO & co-founder of ROCKFISH Games. “Of course, we love these kinds of headlines, but we also want to manage expectations. While we absolutely took inspiration from various iconic space combat and looter RPGs, we also want to create something new with EVERSPACE 2 that stands for its own, especially within the space combat & exploration genre. Of course, EVERSPACE 2 is far from being finished, but with most of its gameplay mechanics already in place and with 92% positive out of 1700+ reviews, we think we are off to a good start and look forward to shaping our creative vision together with our community over the next 18ish months. A big part of our ongoing plan is to continue our weekly live streams on Twitch and YouTube so that space game enthusiasts interested in our game can make an educated purchase decision or ask specific questions in chat to me and other members of our development team directly.” 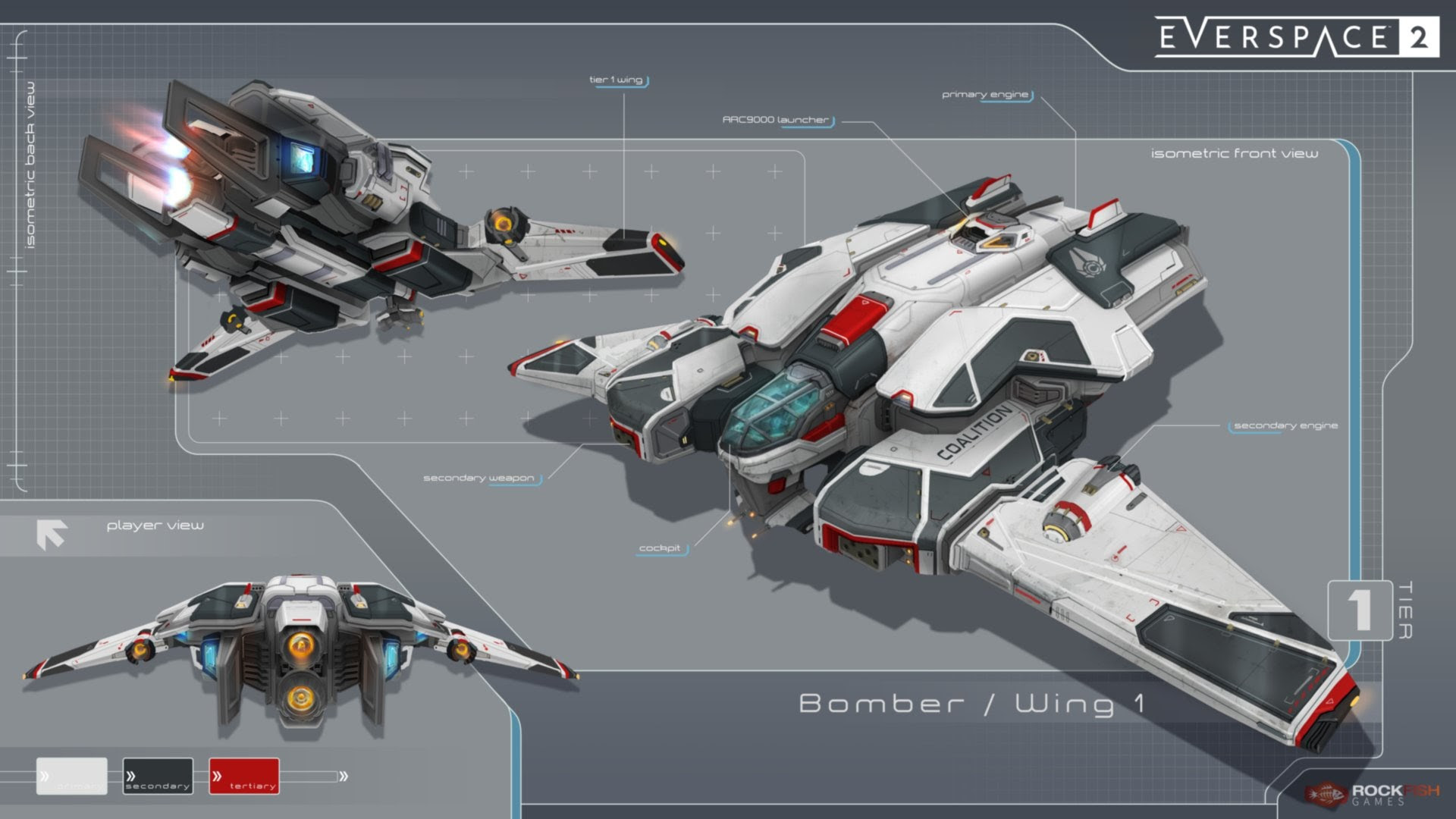 The EVERSPACE 2 Early Access roadmap was revealed to Kickstarter backers and on Steam alongside early looks at the Vanguard and Bomber player ship subclasses, the upcoming star system Zharkov, as well as the Cave Crawler, the first of many extraterrestrial space critters inhabiting the world of EVERSPACE 2, recently teased in-game in a production live stream.
The ROCKFISH team will continue demoing their latest dev build of EVERSPACE 2 on the ROCKFISH Games Twitch and YouTube channel every Friday from 8 pm to 10 pm CET / 2:00 pm to 4:00 pm ET / 11:00 am to 1:00 pm PT.