Hit Mobile Game Reveals Its Word of the Year, Engages Inspiring Public Figures to Share Their Own Guiding Word for 2020

Today, Zynga Inc. (Nasdaq: ZNGA), a global leader in interactive entertainment, announced that its iconic game, Words With Friends, is ushering in a new year and a new decade with an inspiring social campaign, #WordsWithVision. For 20 days, well-known individuals, activists and innovators across entertainment, business, arts, journalism and the non-profit sector will share their guiding word of the year, alongside their reason for making that sentiment their touchstone for 2020.

“As we enter not just a new year, but a new decade, it’s a time to recommit to ourselves and each other,” said Deepthi Menon, Senior Vice President at Zynga. “We are excited to kick off 2020 with our players, celebrating the power of words to drive focus, unity and connection in the year ahead.” 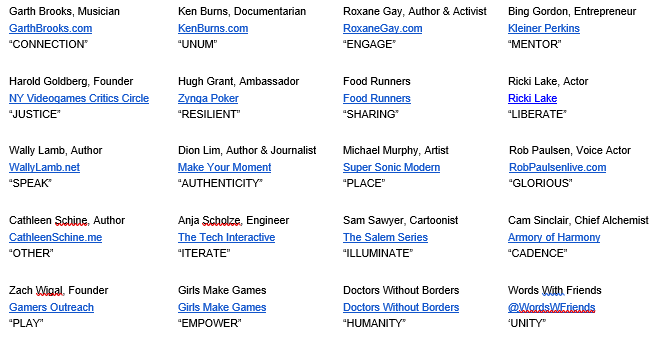