After an intense season of 12 qualification challenges between January and August, French driver Lohan “NEXL” Blanc (20 y.o.) has been crowned WRC eSports World Champion for the second time after his first coronation in 2017.

Organised by WRC Promoter and Bigben, the grand finale saw 9 of the world’s best drivers go head to head during last weekend’s Wales Rally GB: the first eSports event organised in parallel with a real and official competition, the WRC eSports Powered by Hyundai was broadcast live, featuring Becs Williams, official WRC+ All Live commentator, and René Butler, eSport caster, in a grandiose Llandudno theatre. The players competed on the recently-launched WRC 8, the official video game of the FIA World Rally Championship, and enjoyed optimal gaming conditions thanks to simulators provided by Playseat, Thrustmaster, NVIDIA, and Nacon. They also attended some of the rally’s special stages outside of the e-Sports competition. 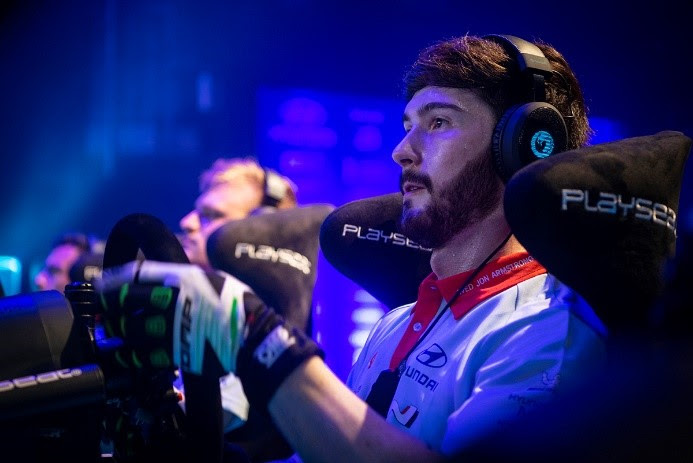 This season has been dominated by the Finn Mika “Mihalo” Laitinen with 6 rounds won and 10 podiums overall, but he ultimately finished in 5th place, 11 seconds behind fourth-placed Dylan “NOEL” Noel. The 8 qualification special stages were won by Nexl (`37’37.775) ahead of 2018 title-holder Jon Armstrong (+23s). Both were joined in the grand finale by Peter “Subee203” Suborits and “Noel”. 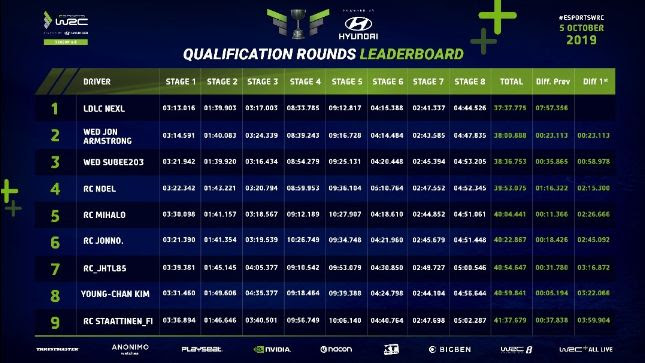 NEXL, the only player to qualify for 4 finals over 4 years, also dominated the grand finale comprising 4 special stages, despite a penalty received during the first round (9 seconds for having crossed the finish line off the track). The 2 very long special stages that followed let him make up for lost time and get ahead of Jon Armstrong (+18s) and Subee (+01min02) to win the WRC eSports Powered by Hyundai for a second time. 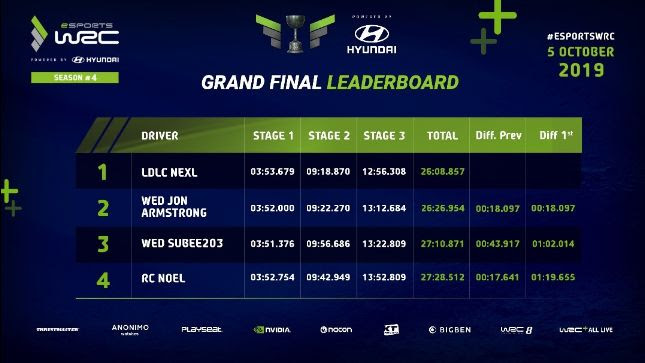 NEXL, who won a Hyundai i20 worth €20,000 provided by Hyundai Motor Company, was personally handed the vehicle’s keys by Scott Noh, the president of Hyundai Motorsport. 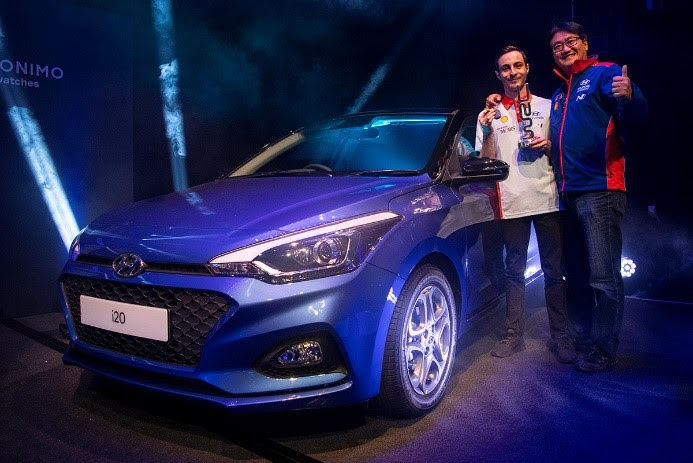 Last year, the Frenchman wasn’t able to reach the final four despite having won the title in 2017 with a controller. “I had to switch to the steering wheel, because I couldn’t compete with the others using a controller,” he stated. “I had to get used to driving that way. I trained quite a lot and I’m driving better and better with it. It’s the perfect revenge after last year! “ 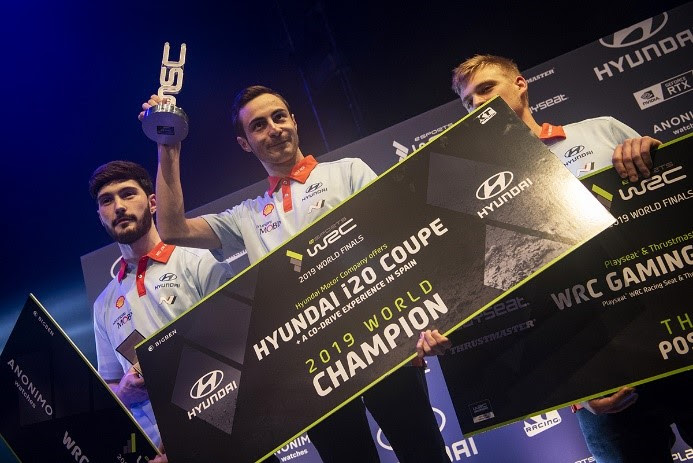 The racer with the best time at Brenig, the Hungarian Peter “Subee203” Suborits, finished third in the overall rankings in front of the Frenchman Dylan “Noel” Noël.